Liverpool have officially announced the transfer of Greece defender Kostas Tsimikas from Olympiacos, in a deal believed to be around £11.75 million. Liverpool had made the left back position a priority position to strengthen this summer. The Reds have not had specialist backup for the indispensable Andy Robertson since Alberto Moreno left the club in 2019. The club is hoping to strike gold as they did with Robertson – cheap, efficient and industrious. 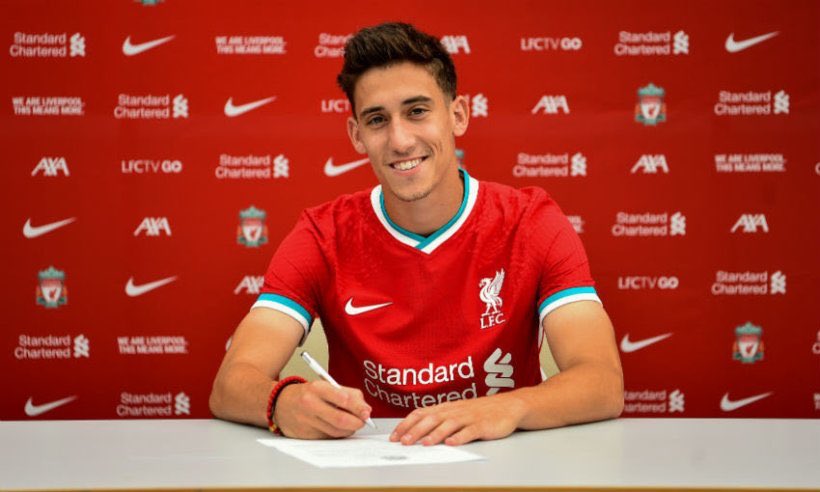 Tsimikas had his audition for Liverpool during Olympiacos European journey last season. He Impressed in the Champions League and Europa League against several English sides last season, prompting Liverpool to make him the ideal player for the position. Liverpool made the Olympiacos left back their priority after being knocked back in pursuit of Jamal Lewis of Norwich – with the two clubs unable to reach an agreement on the Northern Ireland international’s valuation.

A deal was, however, quickly reached for 24-year-old Tsimikas, who travelled to England to put pen to paper on a long-term contract with the Premier League champions.

The deal comes with a £11.75 million transfer fee. He will be the understudy for Scotland international Robertson. Tsimikas, who has three caps with Greece at the international stage, made his senior debut in 2018 in the UEFA Nations League. The player, who will wear the Jersey no. 21 for Liverpool when the season starts, won the 2020 Super League with Olympiacos.

Previously, Tsimikas spent time on loan at Danish side Esbjerg and Willem II (the former club of both Sami Hyypia and Virgil van Dijk). He is likely to have his debut this weekend when the Reds face newly promoted side Leeds United.